He hath founded it upon the seas
Thursday, Sep 24, 2020
A world within. A state apart.
Caymans
Business
Tourism
Sport
World
Tech
Lifestyle
UK
Add Your News

The storm, which made landfall as a Category 4 hurricane, was the most intense to hit Louisiana in more than 150 years. 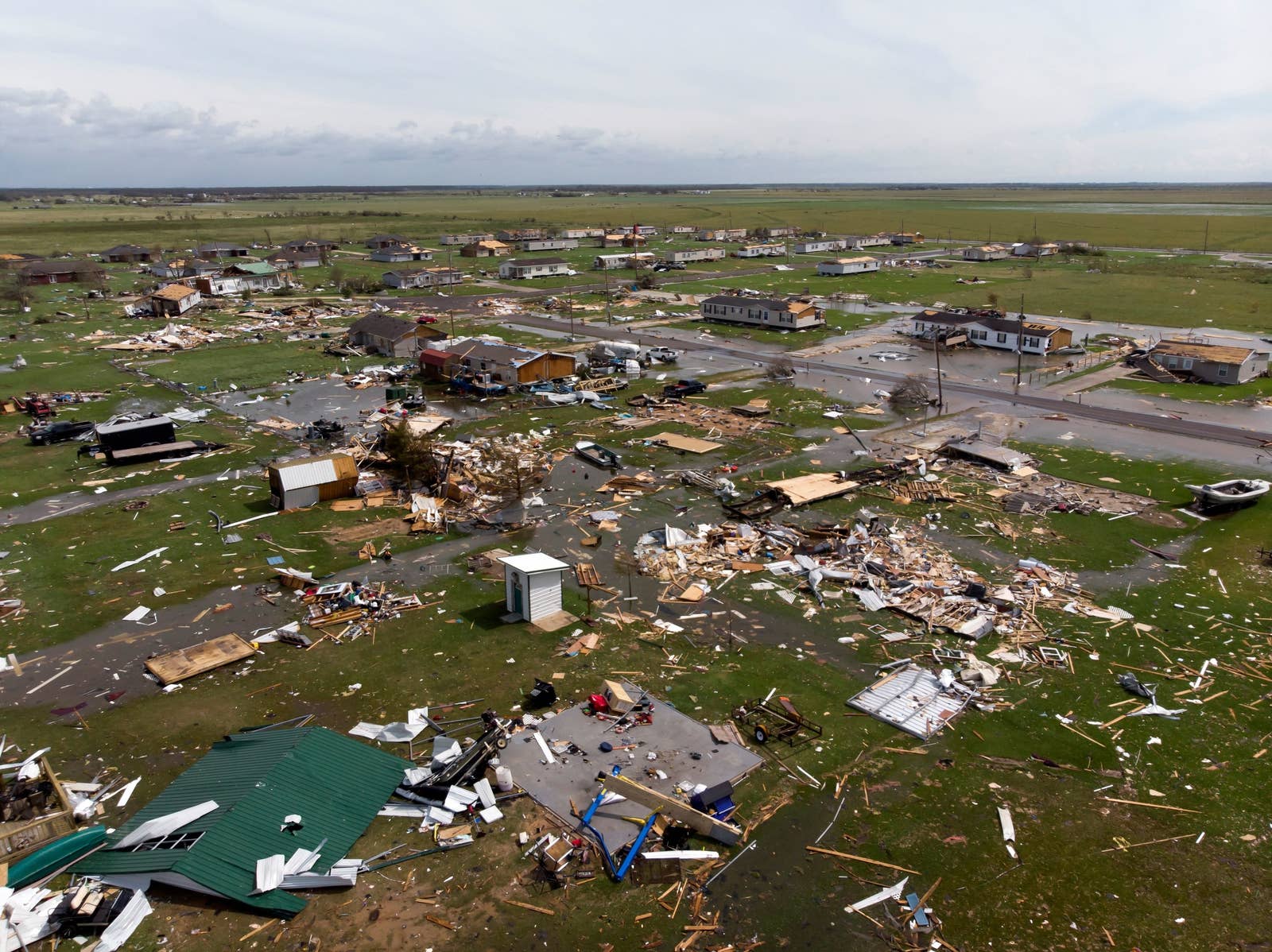 This aerial view shows damage to a neighborhood hit by Hurricane Laura outside of Lake Charles, Louisiana, on Aug. 27, 2020. 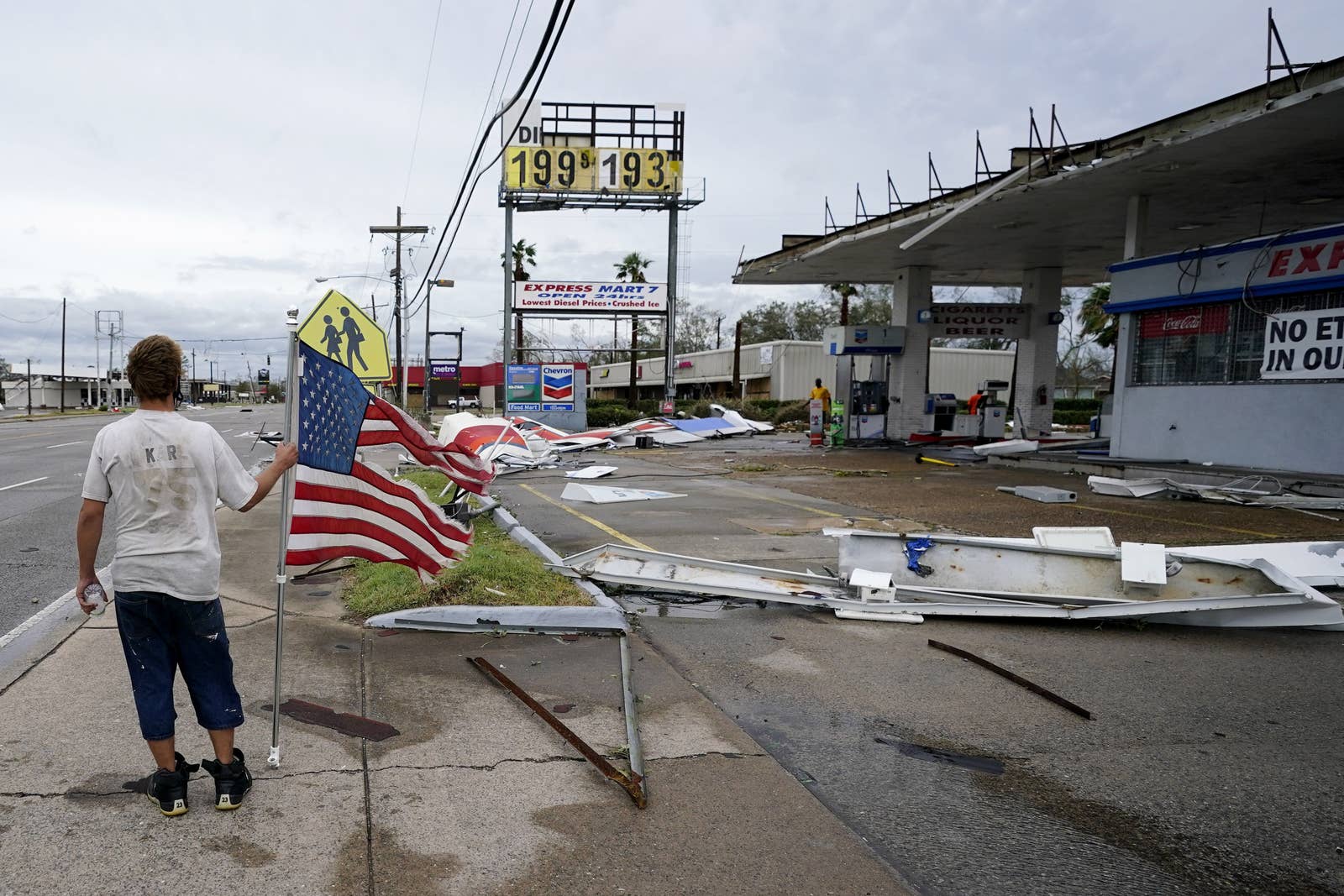 Dustin Amos walks near debris at a gas station in Lake Charles. 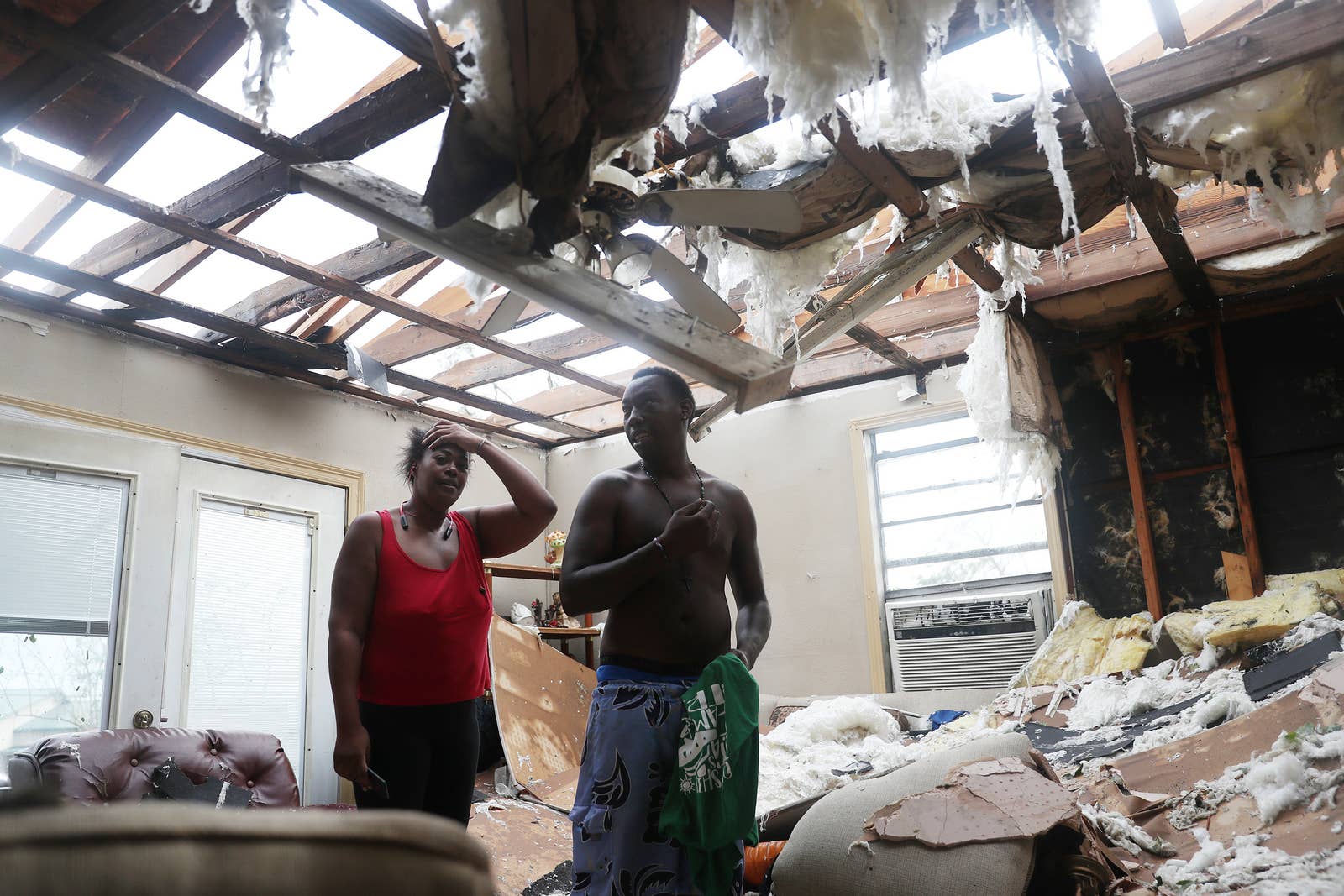 Latasha Myles and Howard Anderson stand in their living room where they were sitting when the roof blew off around 2:30 a.m. as Hurricane Laura passed through the area on Aug. 27, 2020, in Lake Charles. 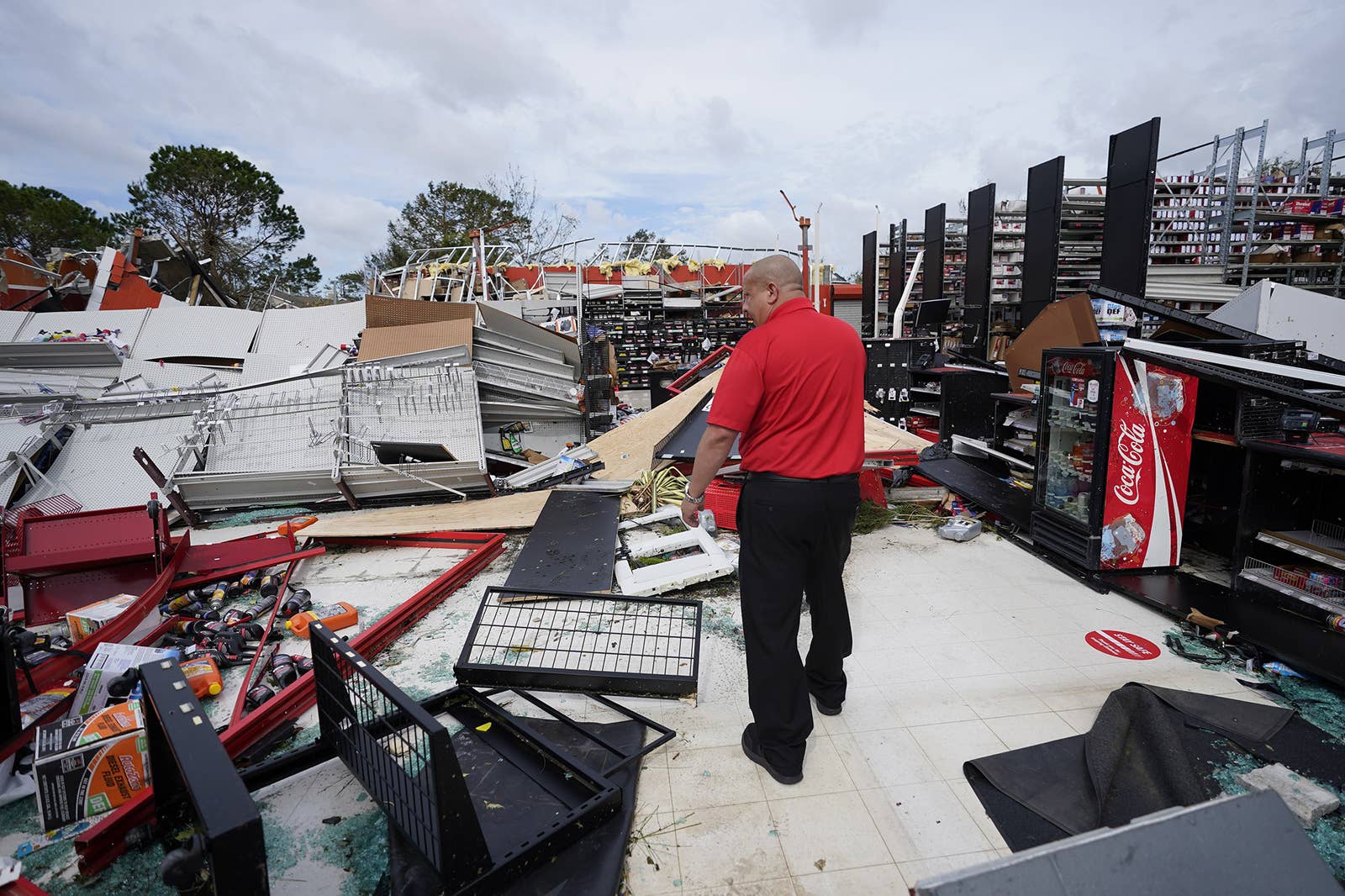 An auto parts store employee surveys the storm damage to the facility on Aug. 27, in Lake Charles. 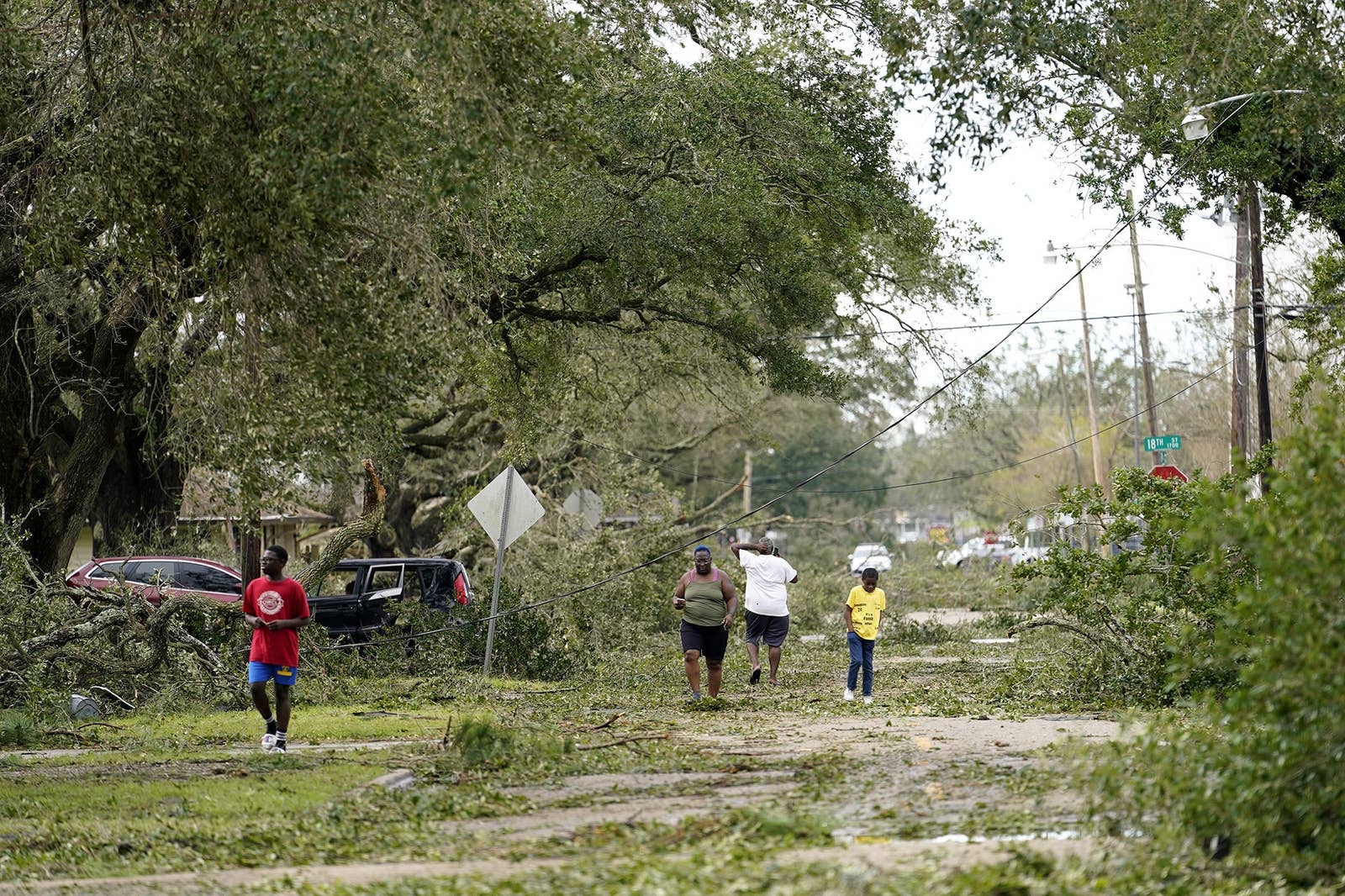 People survey the damage to their neighborhood in Lake Charles. 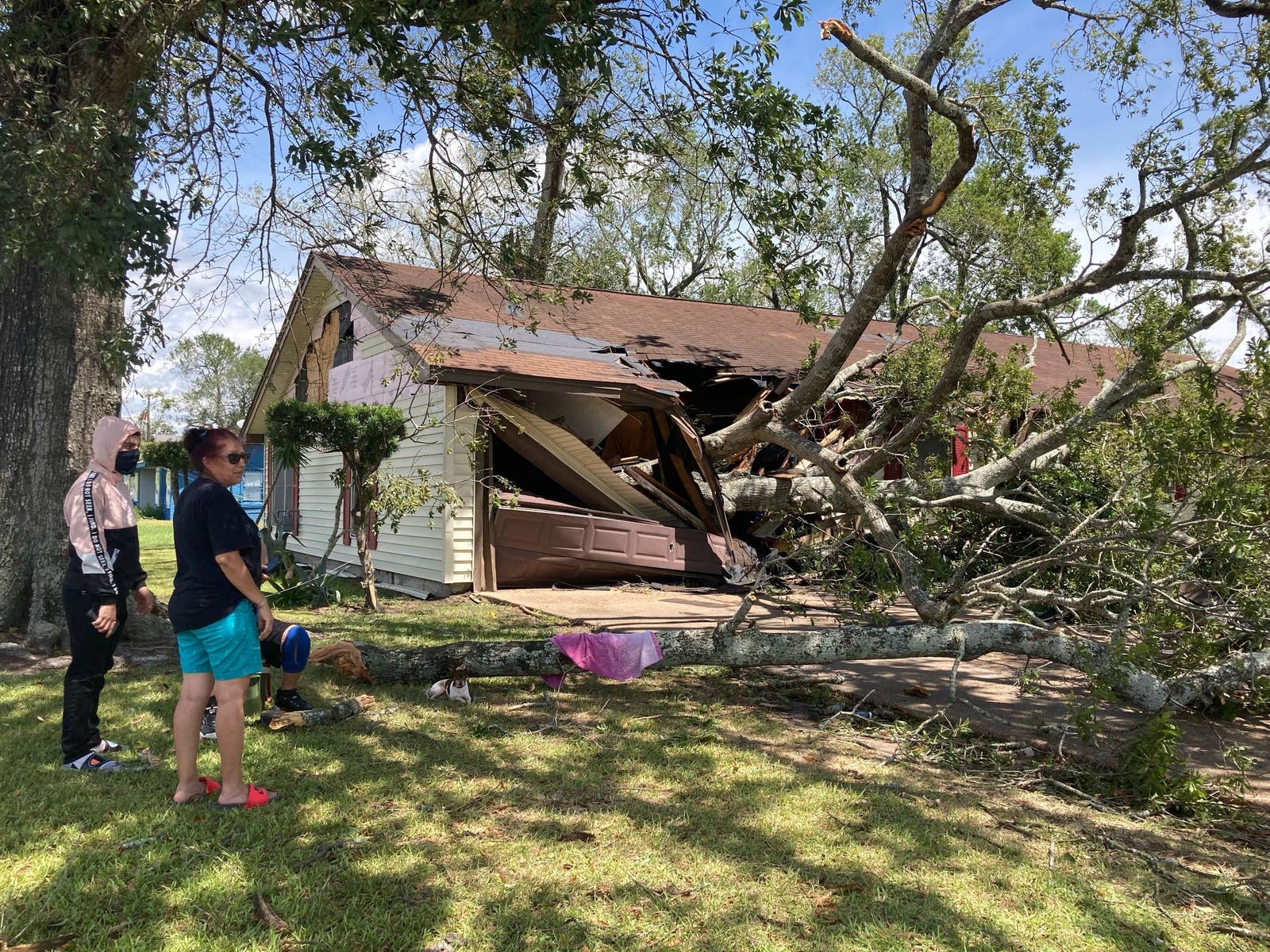 Maria Ramirez and her son Jose Avila stand in front of their home and survey storm damage after a portion of a large tree on their front lawn was blown down onto their house in Orange, Texas. 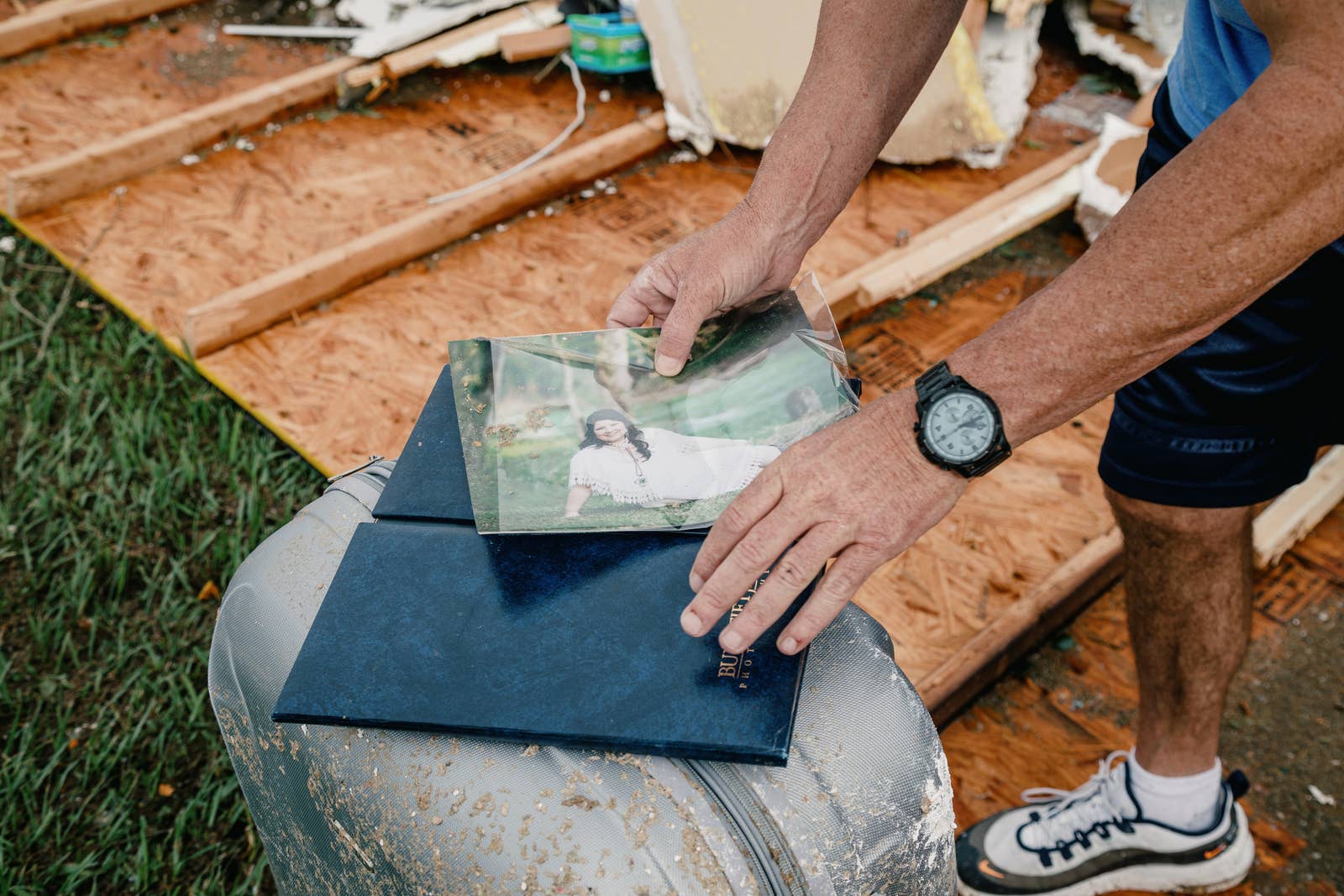 A person holds a photograph taken from a damaged home after Hurricane Laura made landfall in Cameron Parish, Louisiana, on Aug. 27, 2020. 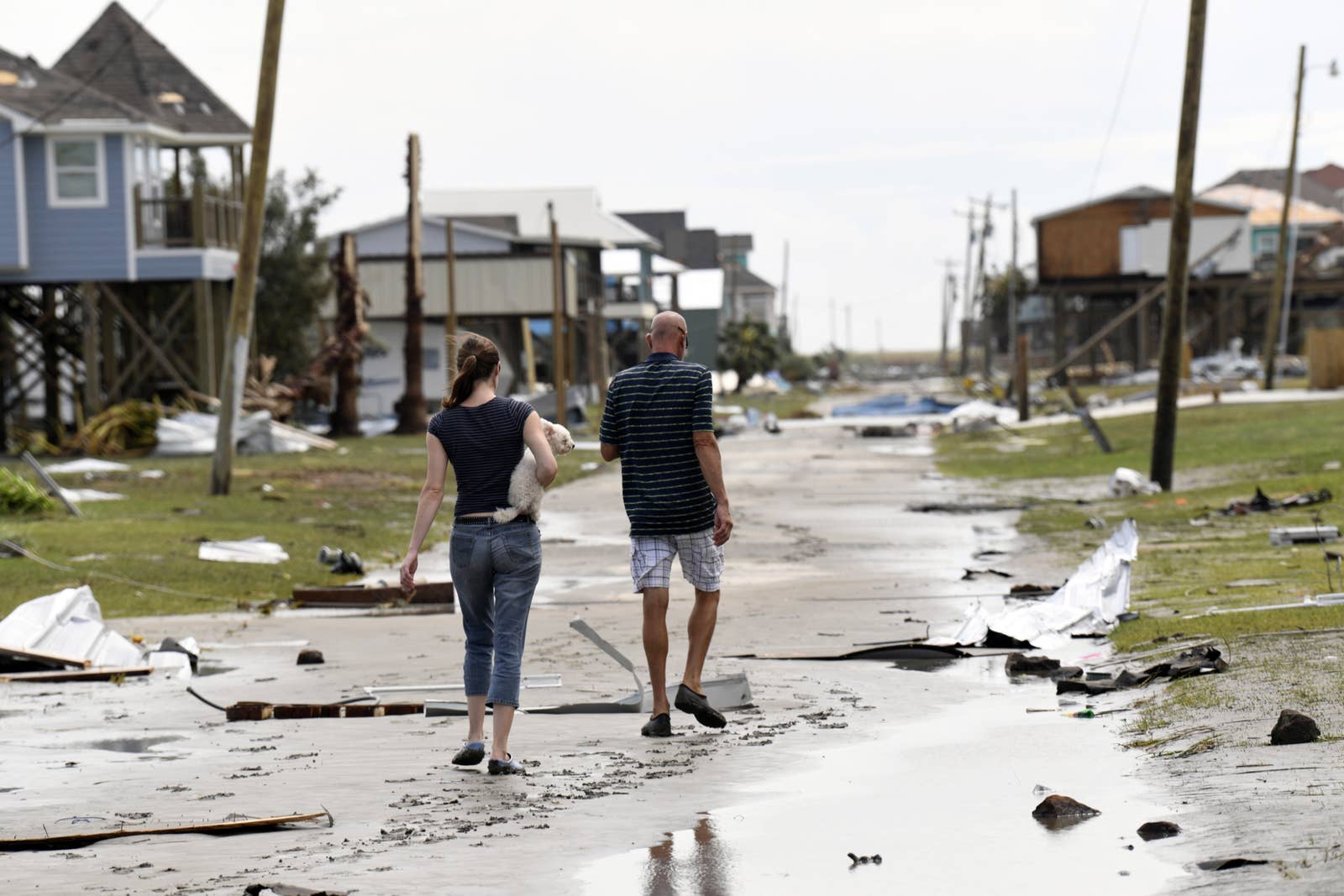 Residents take in the widespread destruction in Holly Beach, Louisiana. 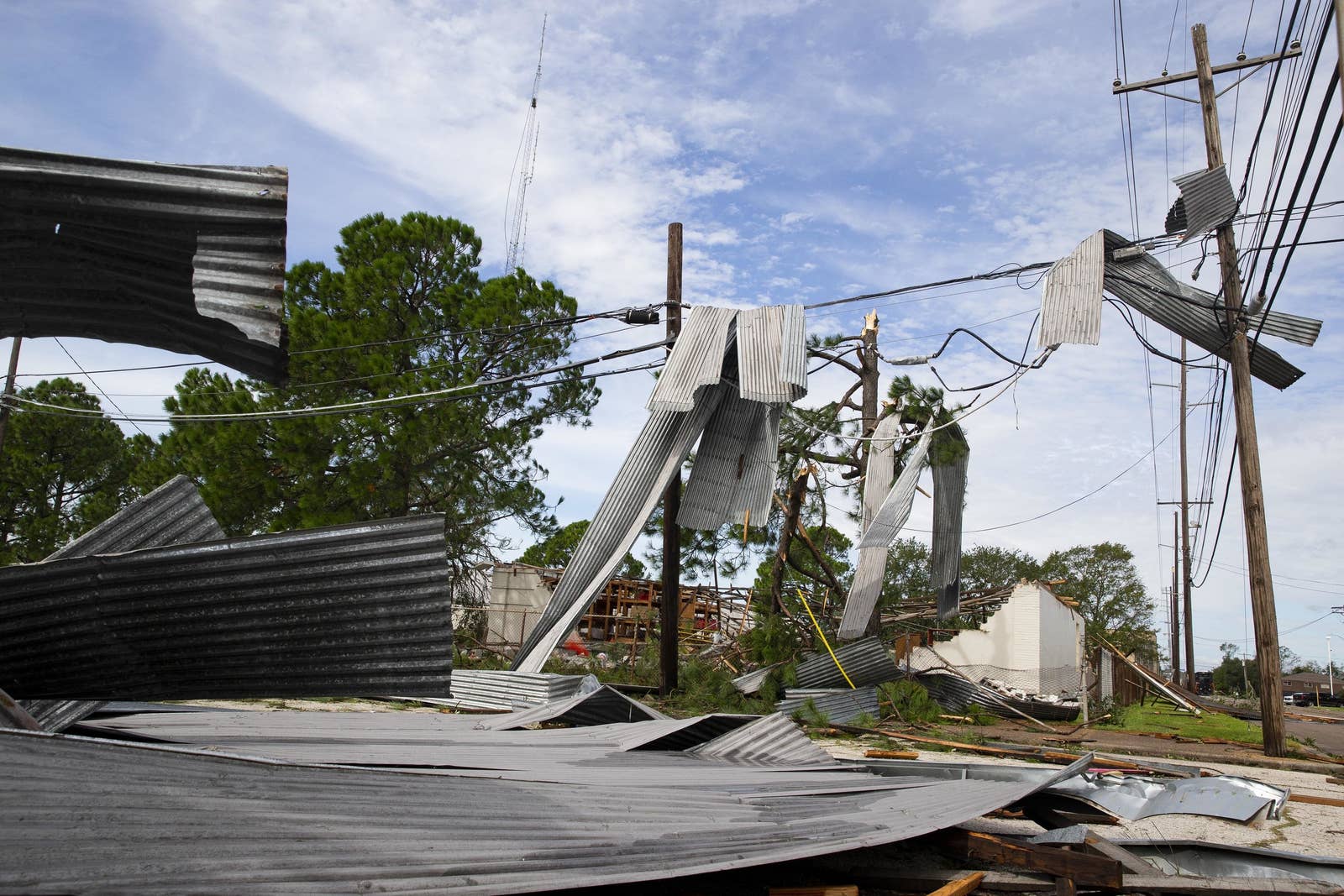 Debris sits in the road on Front Street in Orange, Texas, the morning after Hurricane Laura make landfall. 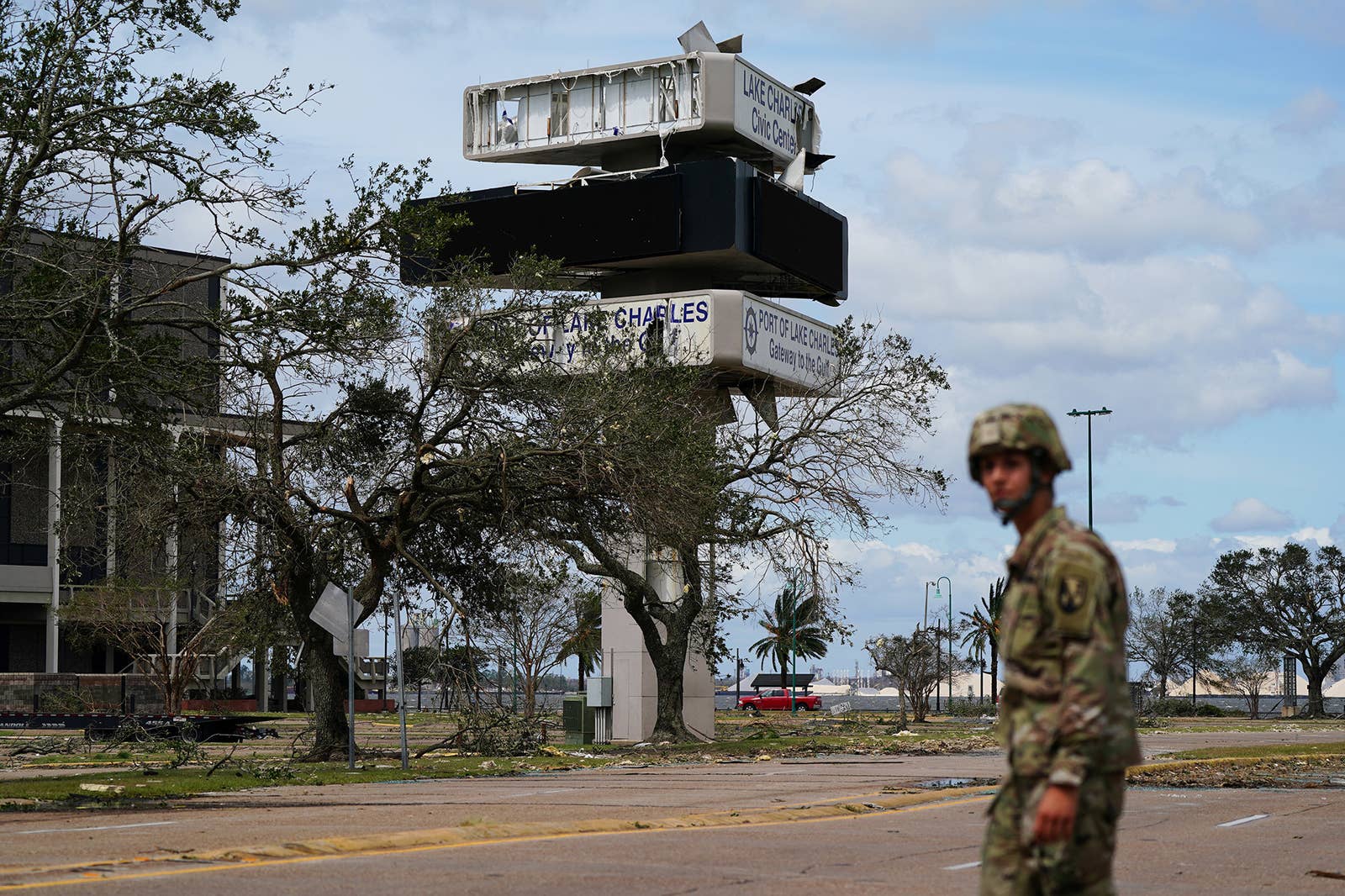 A member of the National Guard secures the area after Hurricane Laura passed through Lake Charles. 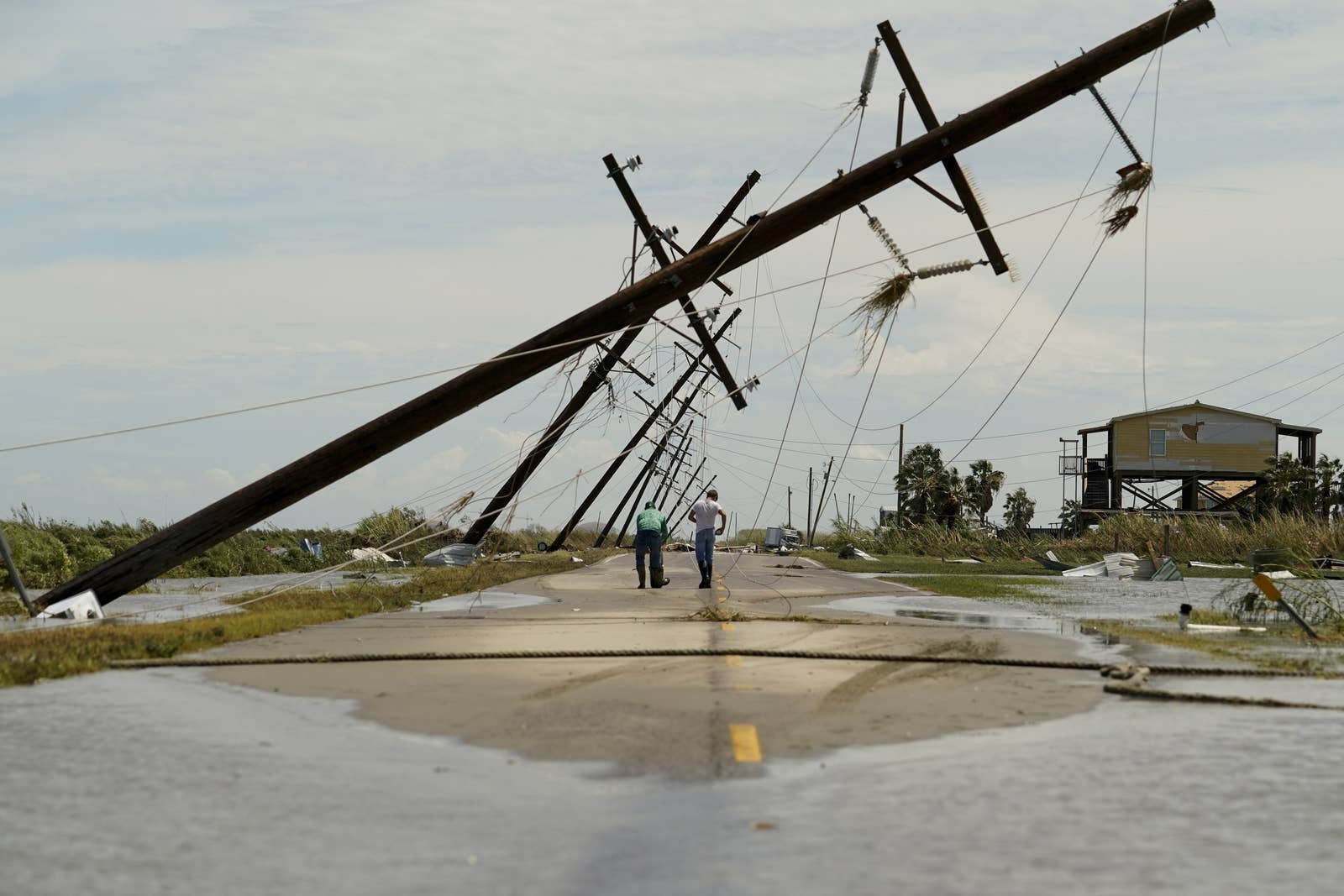 People survey the damage left in the wake of Hurricane Laura in Holly Beach. 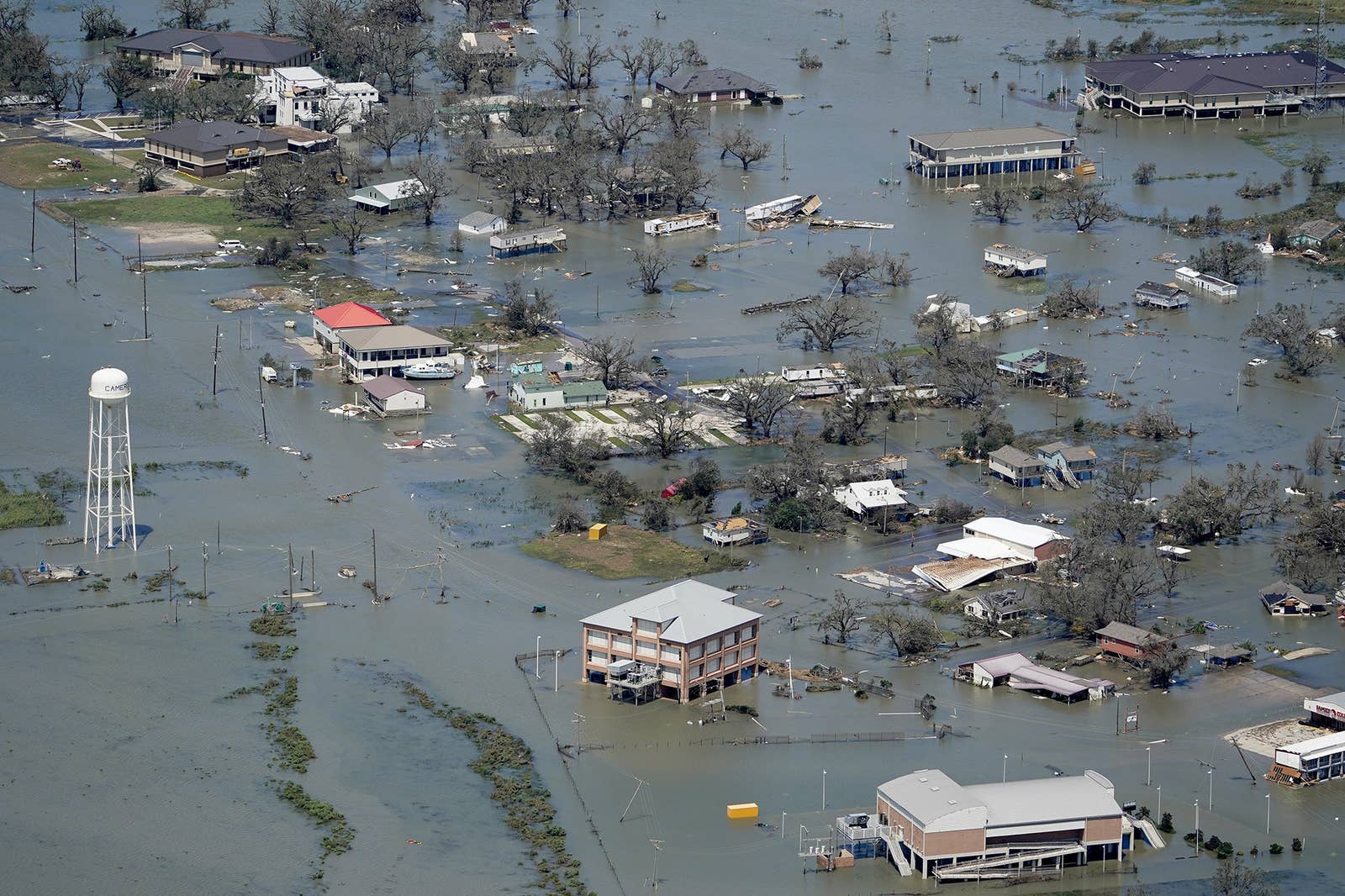 Buildings and homes are flooded in the aftermath of Hurricane Laura near Lake Charles. 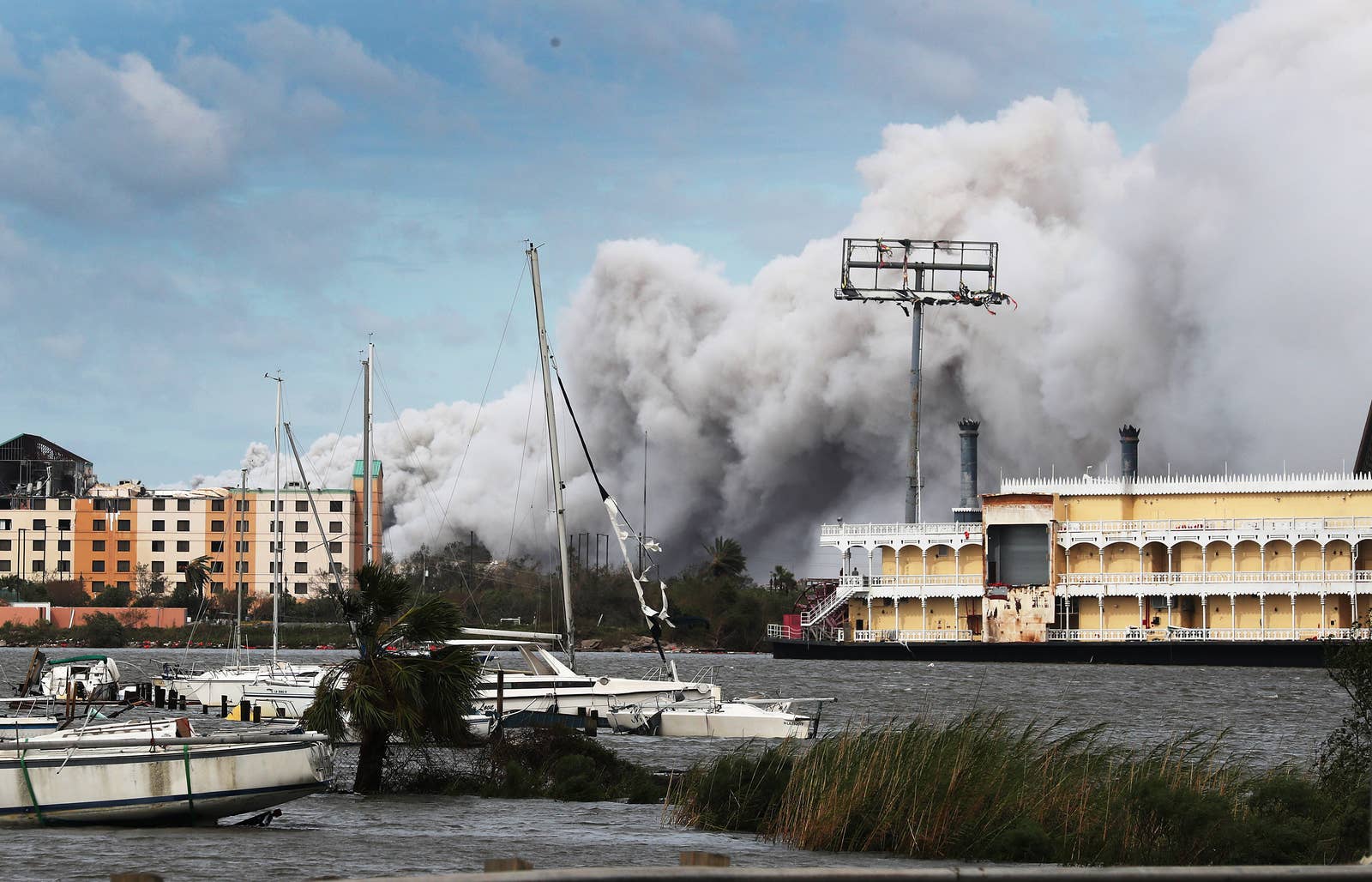 Smoke is seen rising from a chemical plant fire after Hurricane Laura passed through Lake Charles. 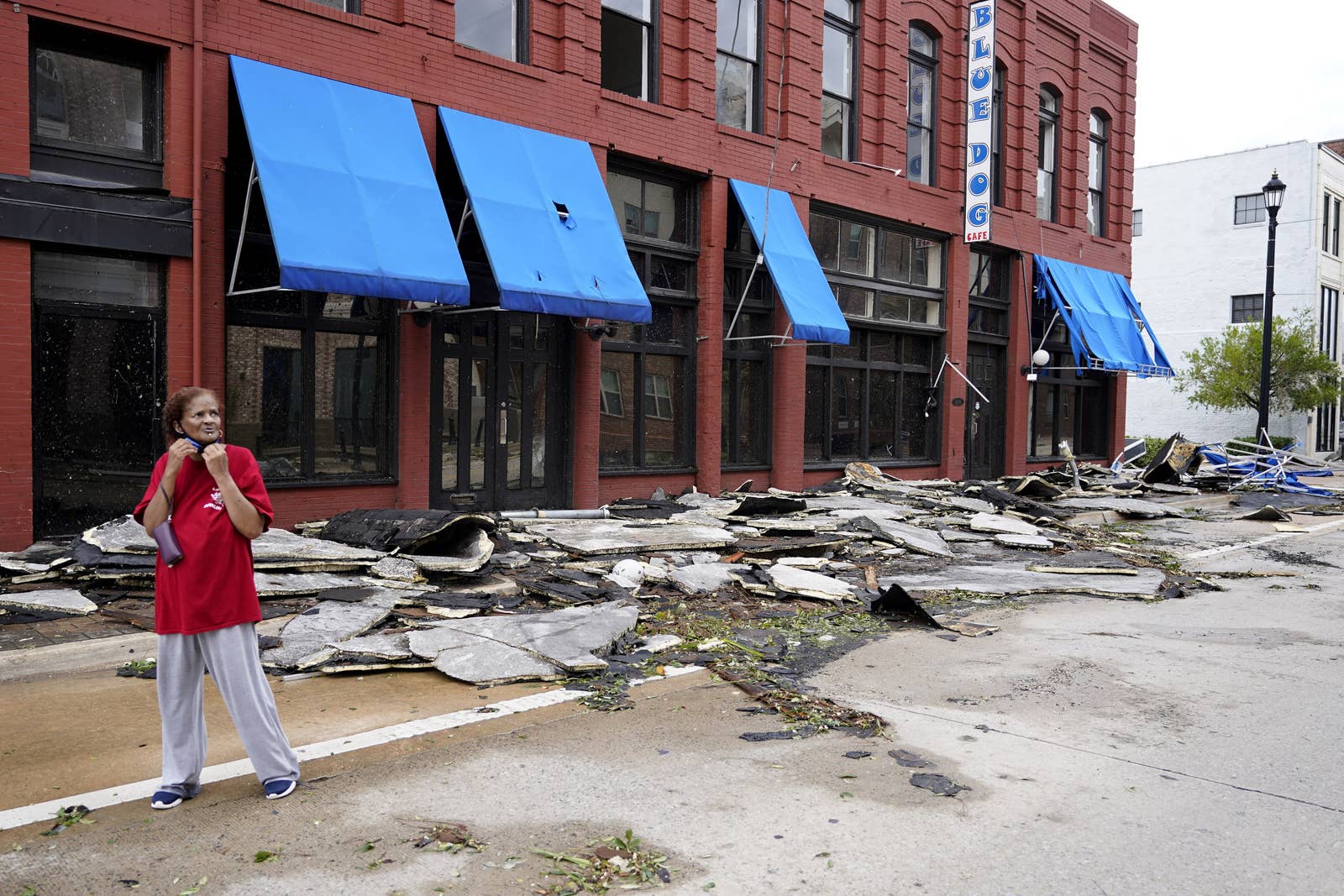 A woman on a street near businesses in downtown Lake Charles in the aftermath of Hurricane Laura. 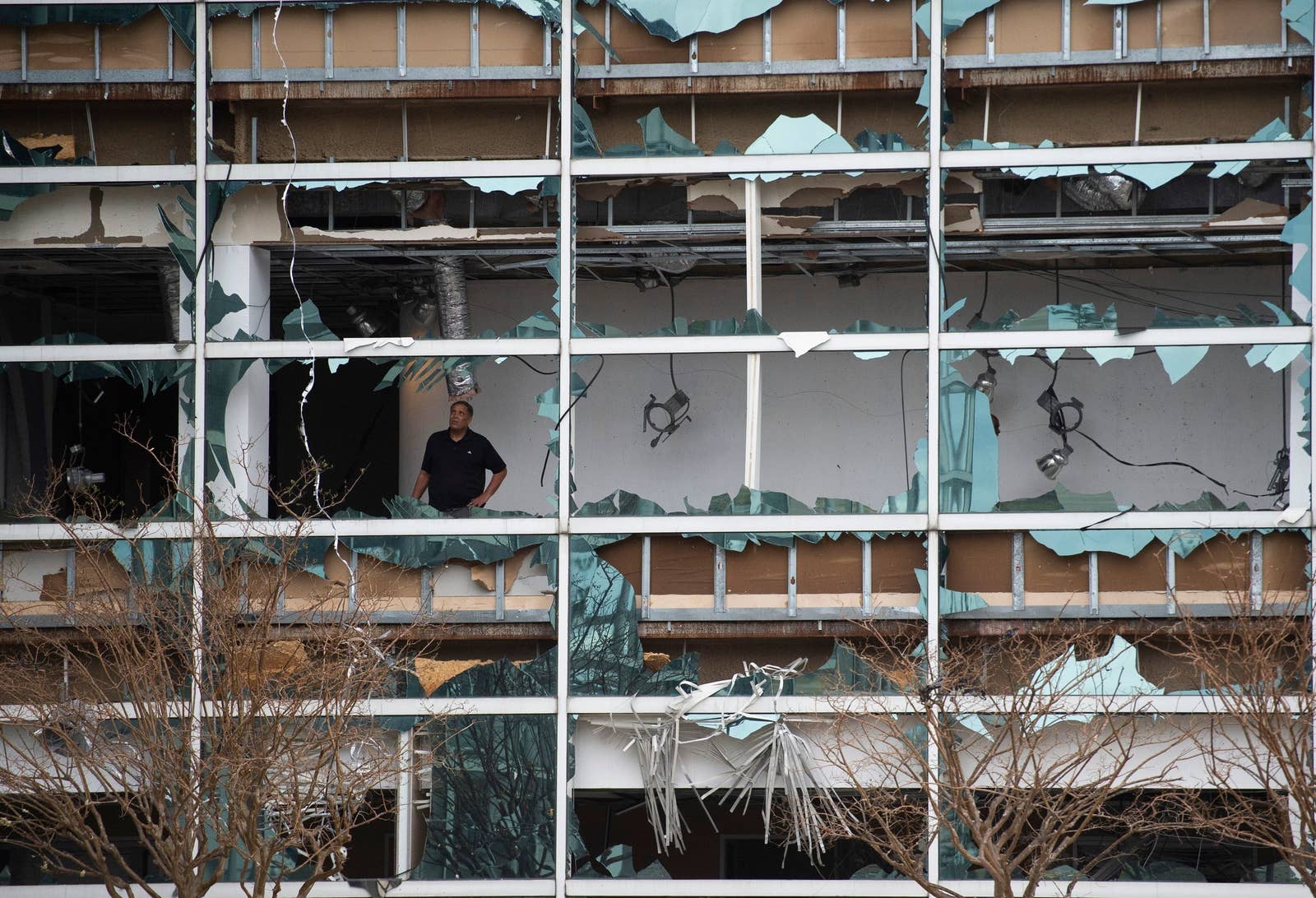 A man looks at damage inside the Capitol One Bank Tower, with its windows blown out, in the downtown area of Lake Charles, Louisiana. 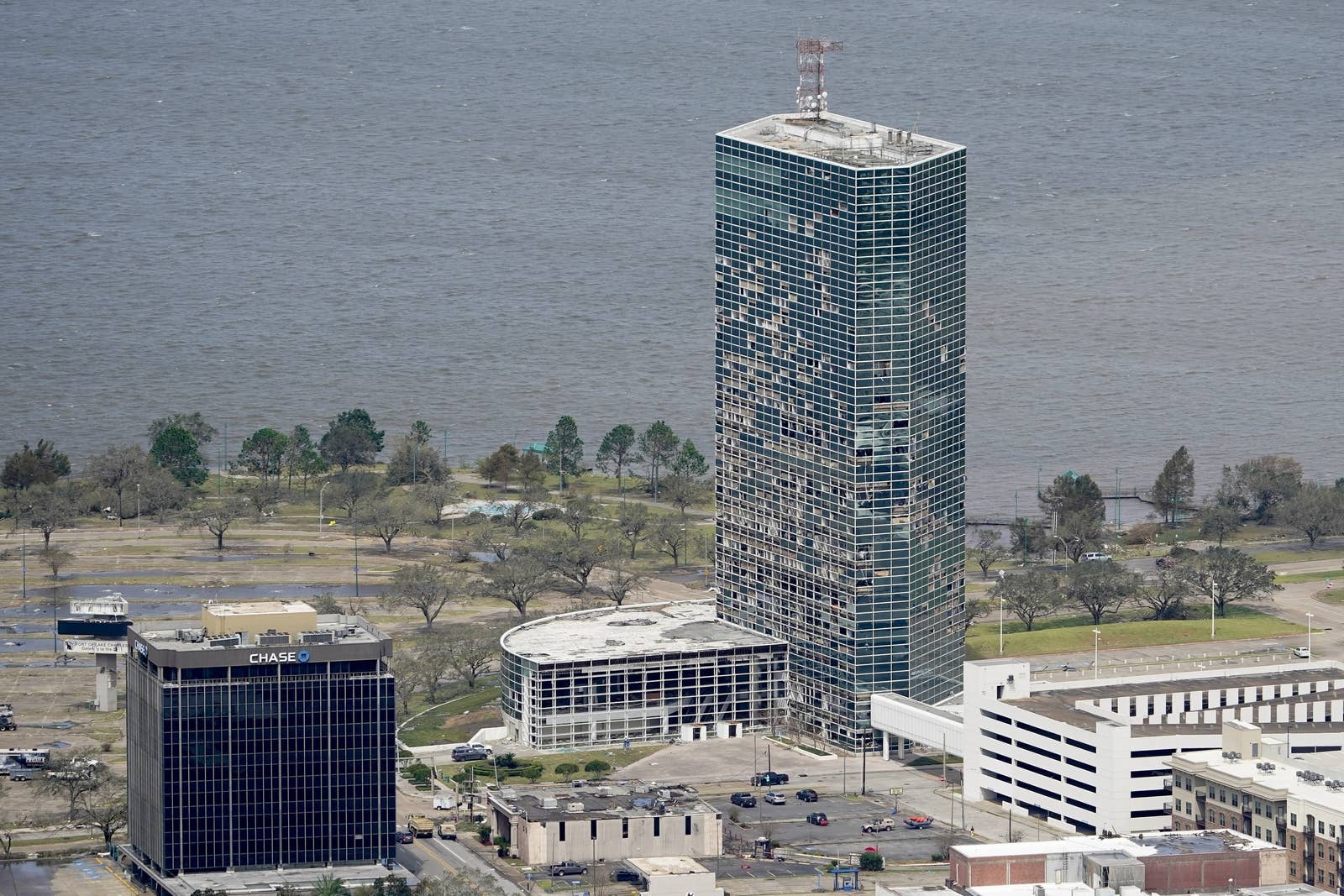 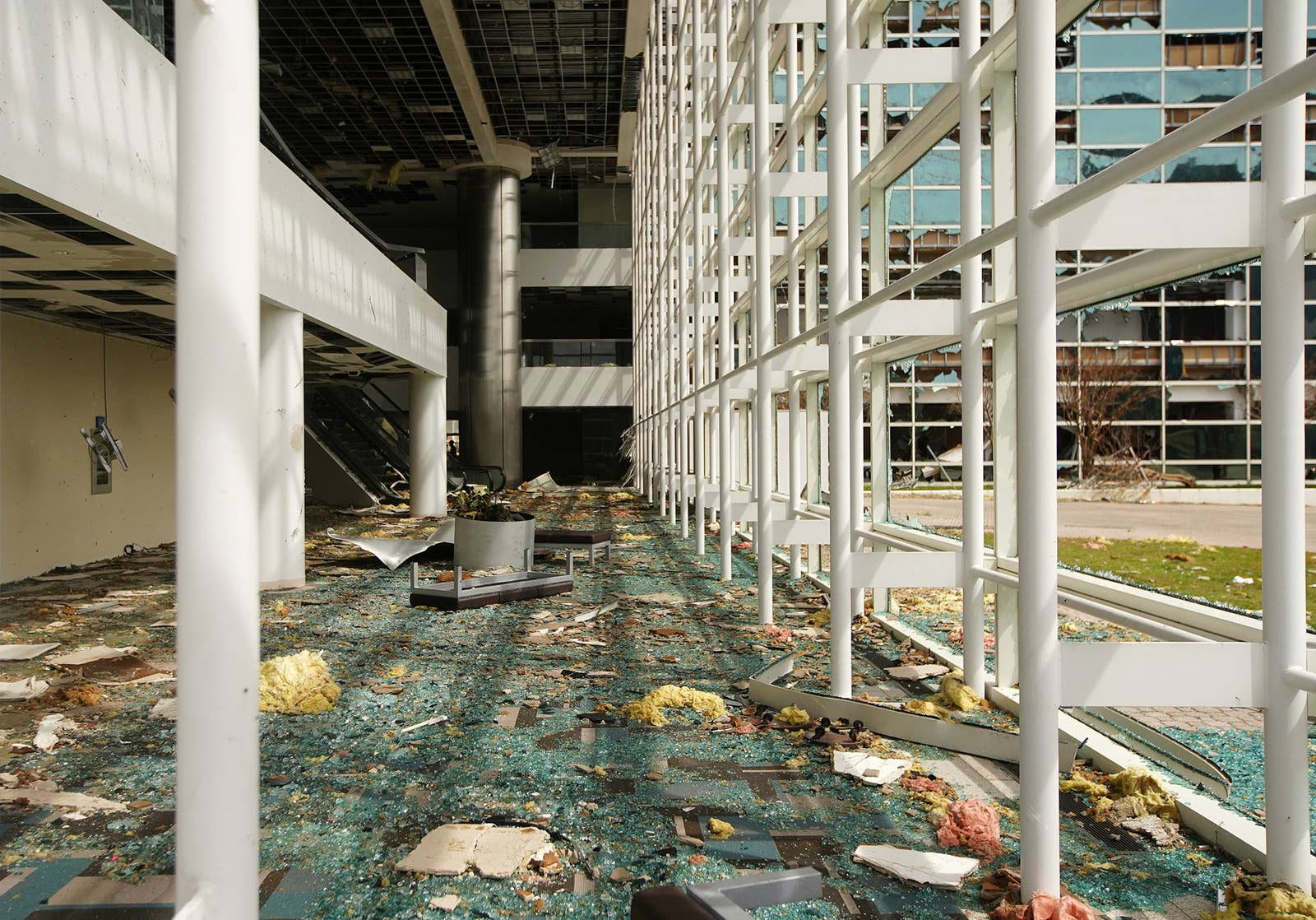 Shattered glass is seen inside a damaged building in Lake Charles. 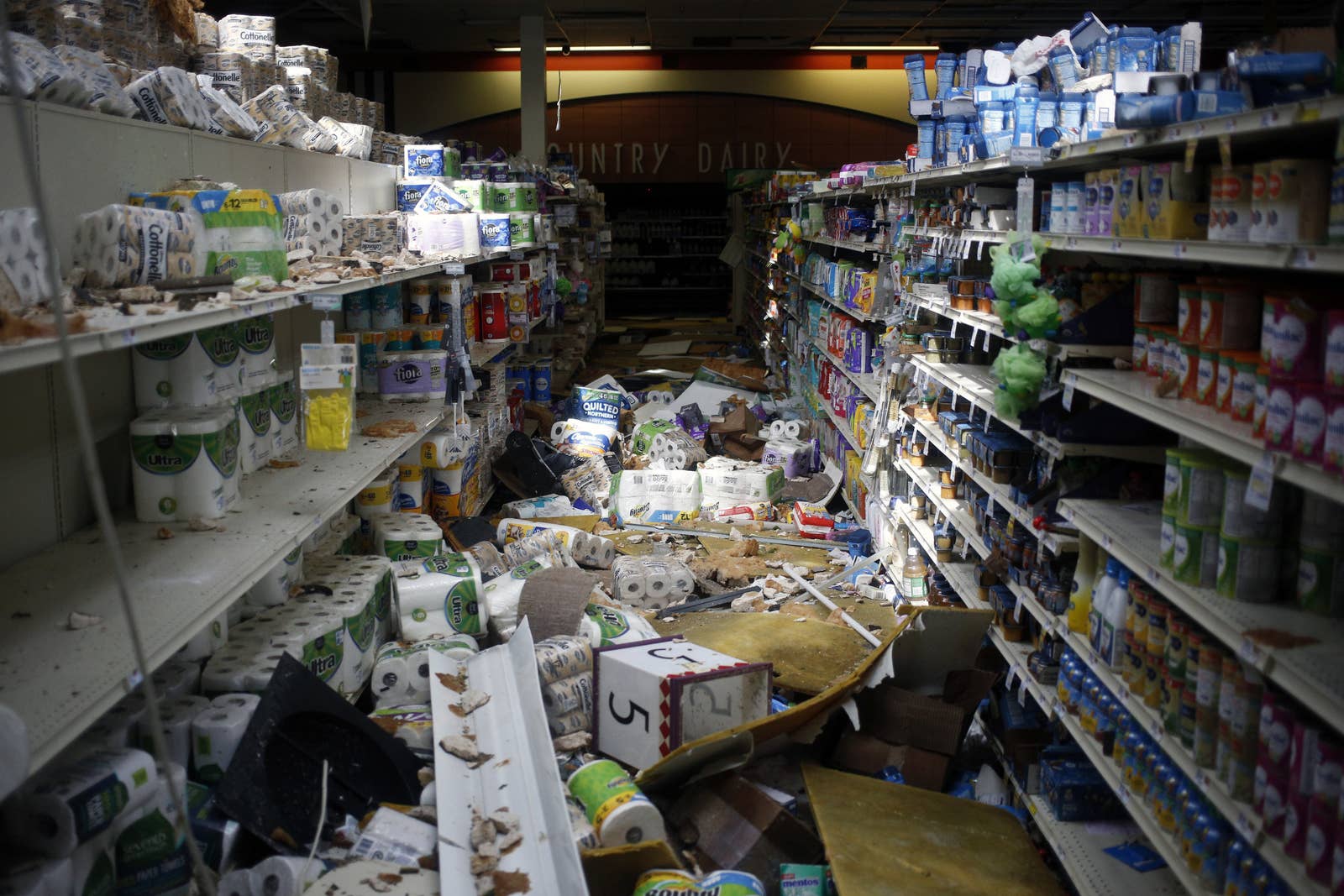 Products are seen spilled onto the floor of a damaged Market Basket grocery store in Lake Charles. 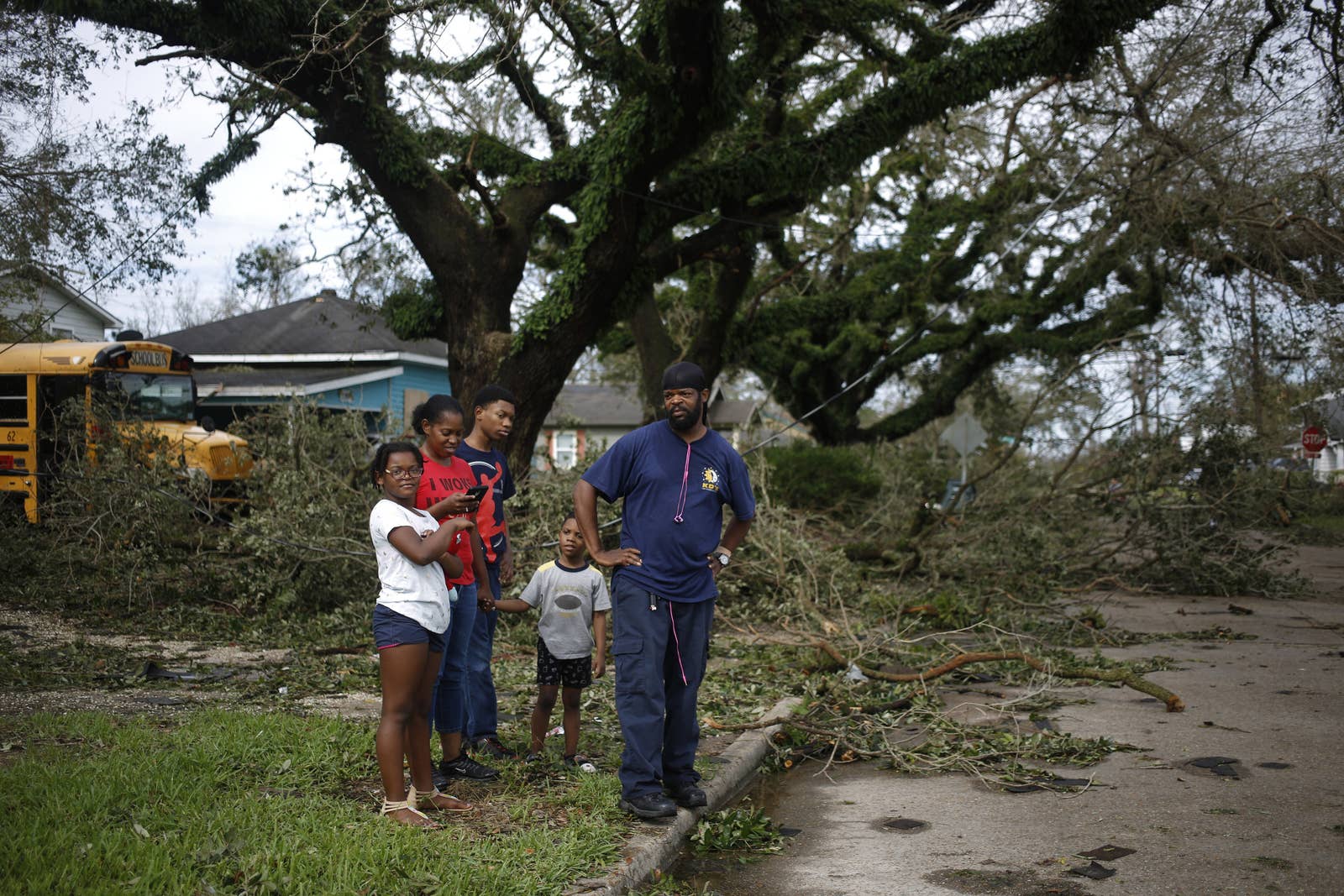 A family surveys damage to trees in their neighborhood in Lake Charles. 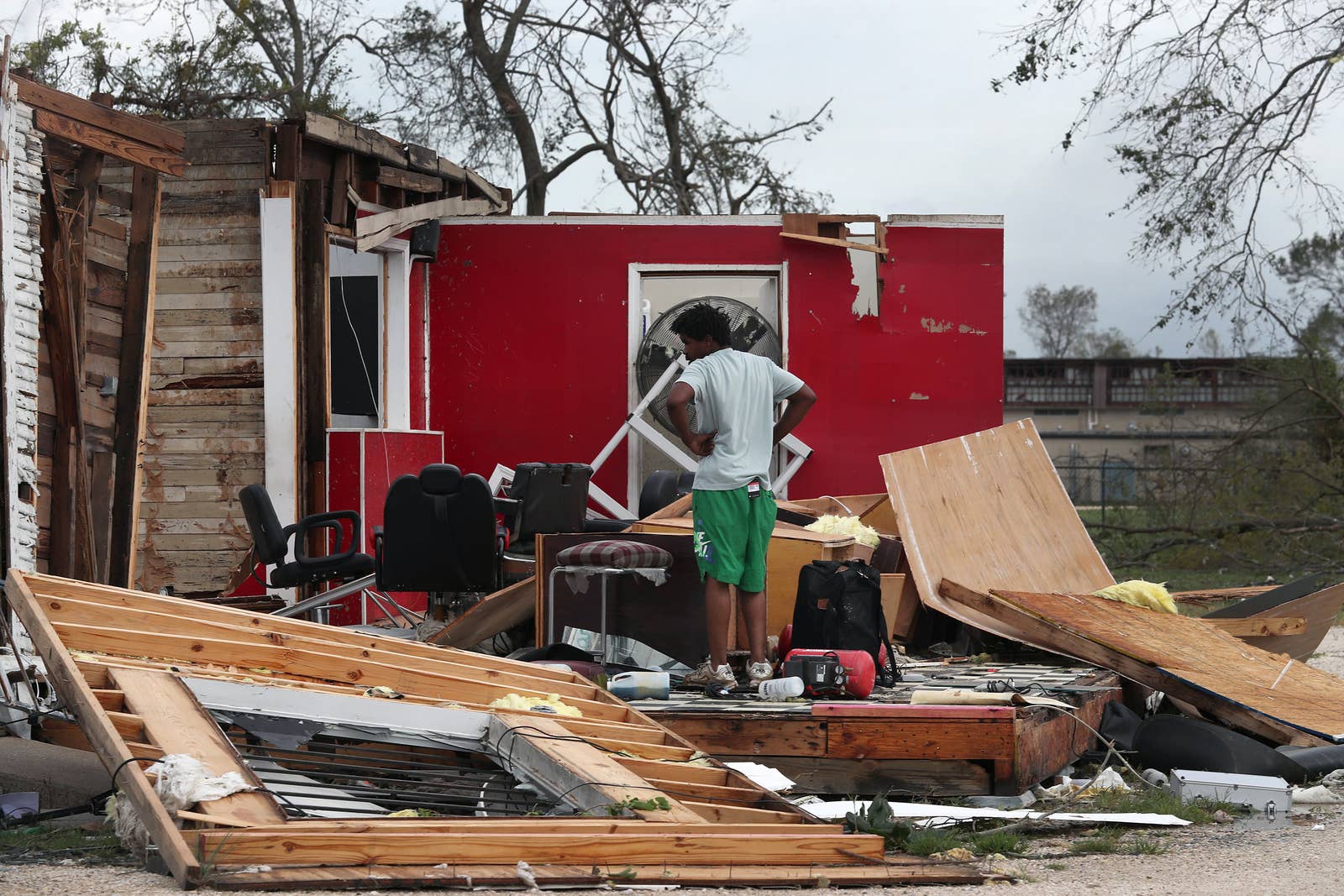 James Sonya surveys what is left of his uncle's barbershop in Lake Charles. 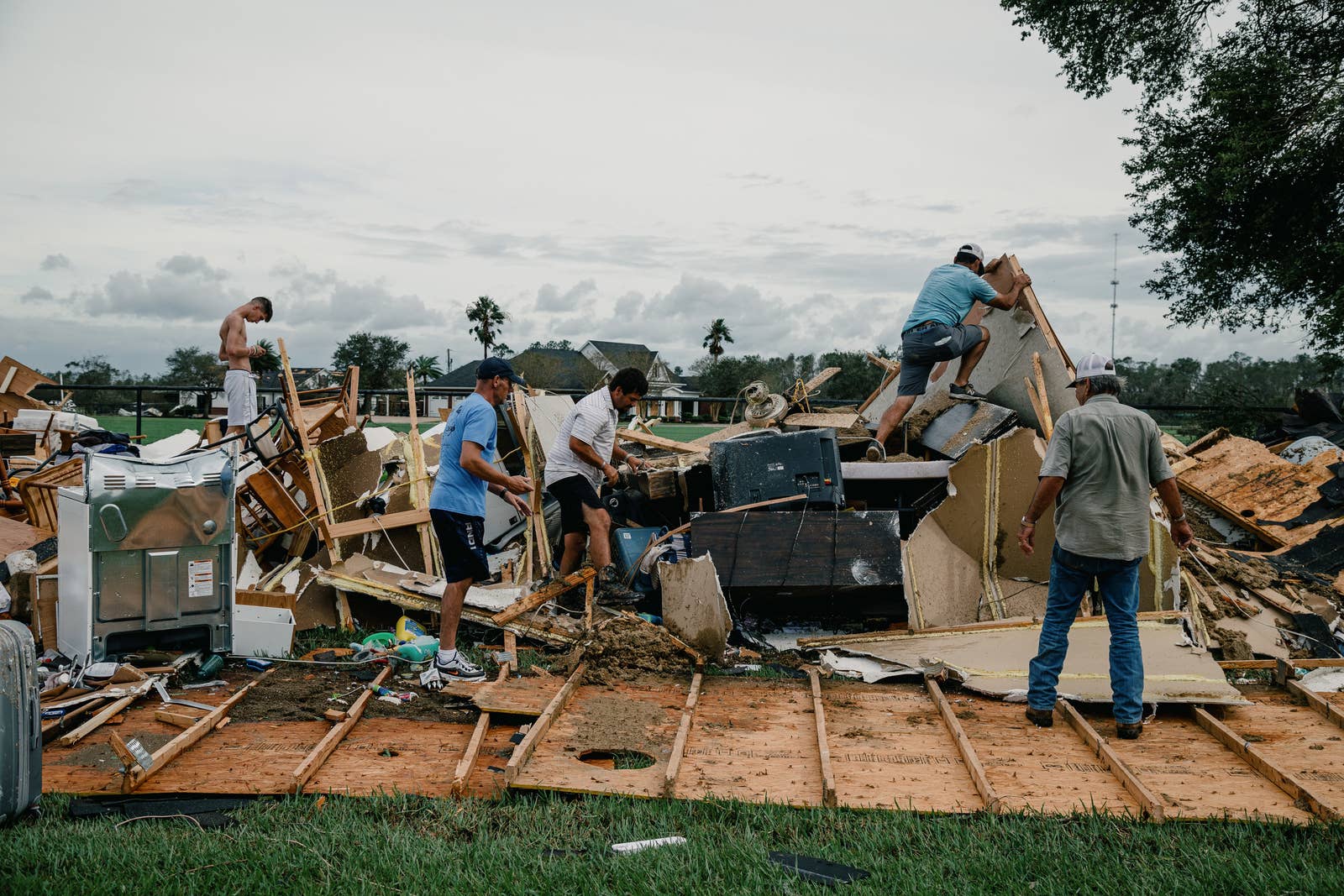 People sift through debris at a damaged home in Cameron Parish, Louisiana. 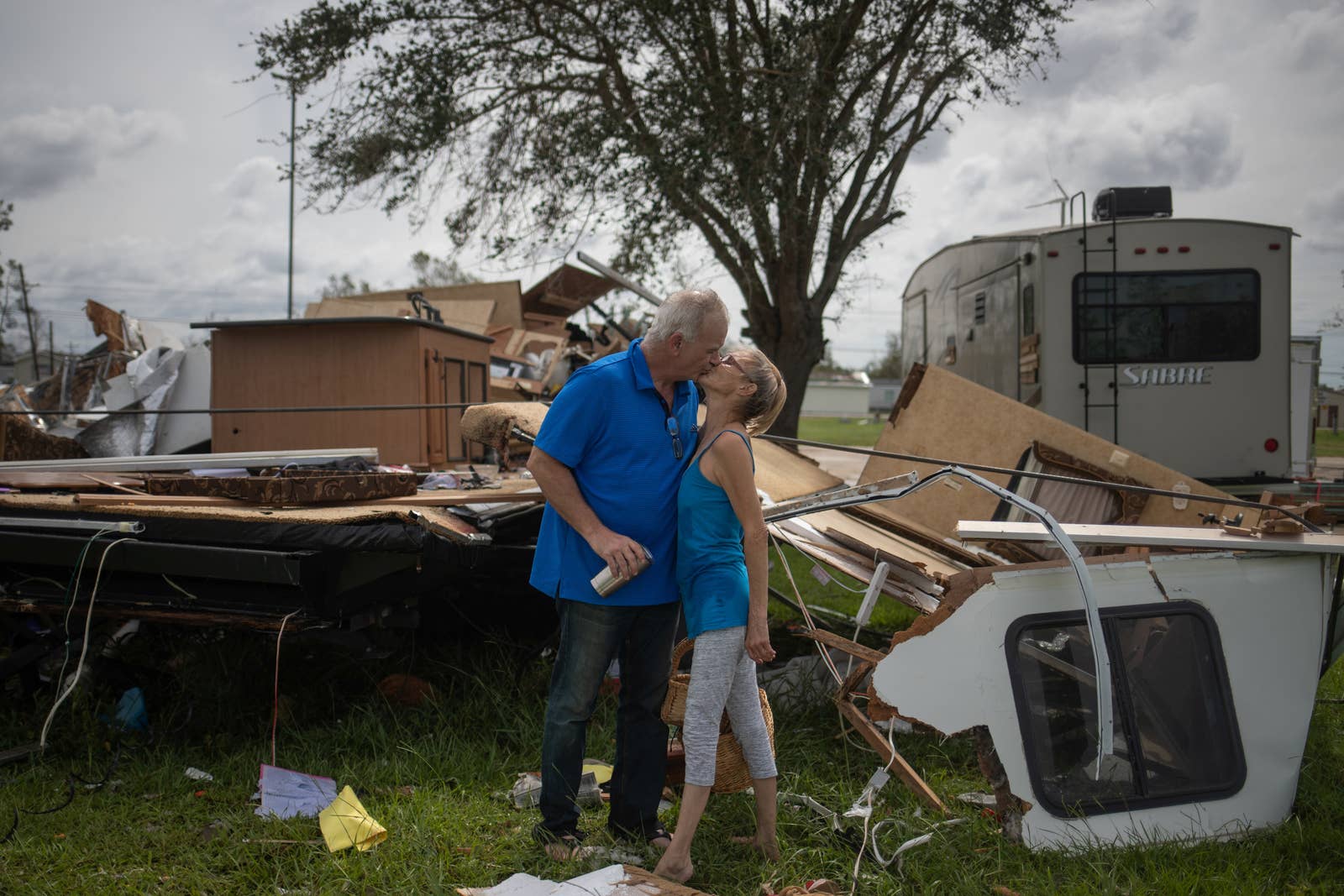 Lonnie Gatte and Teri Goleman kiss after returning to their residence, a 40-foot camping trailer, to find it completely destroyed in Sulphur, Louisiana. 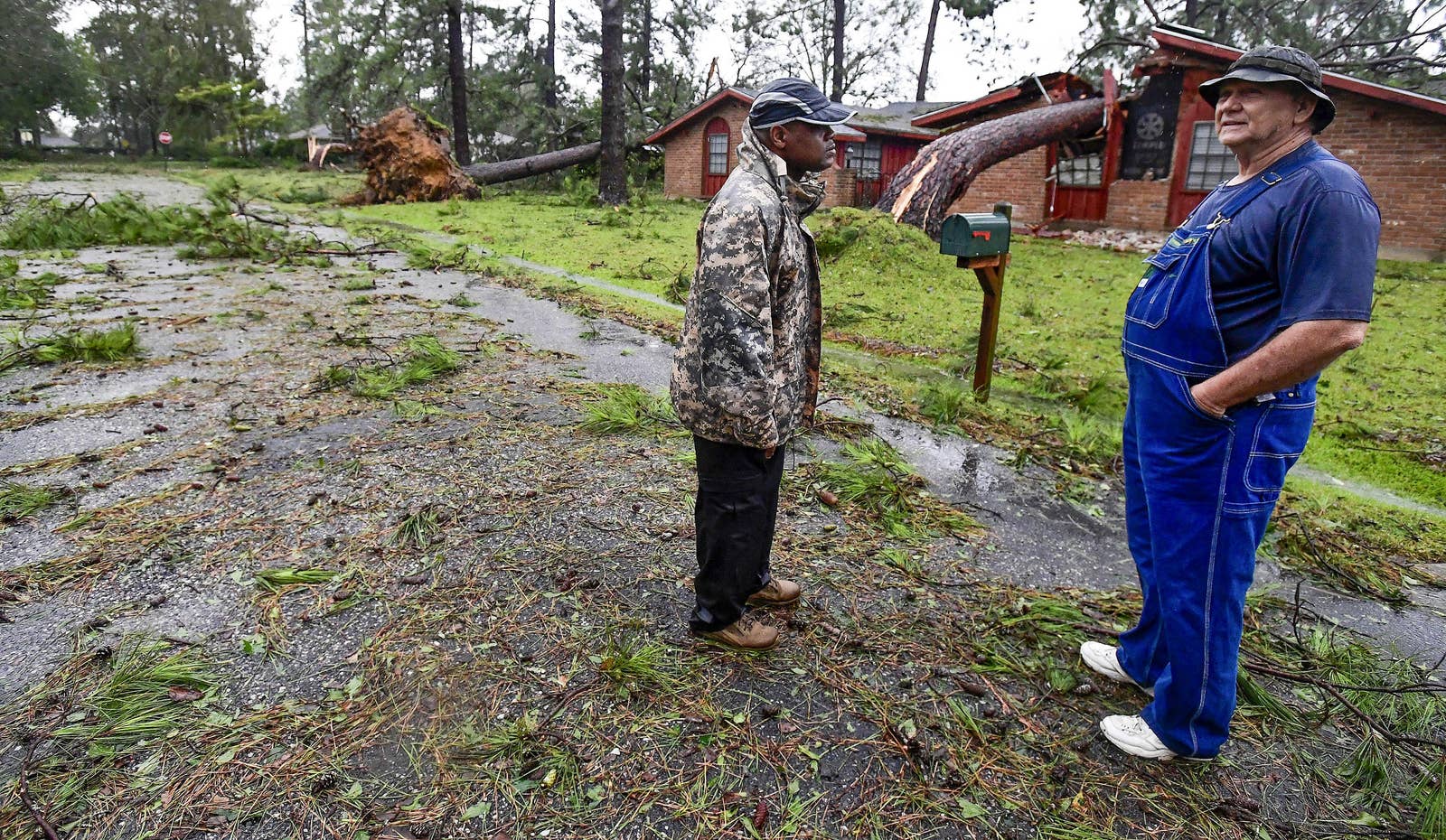 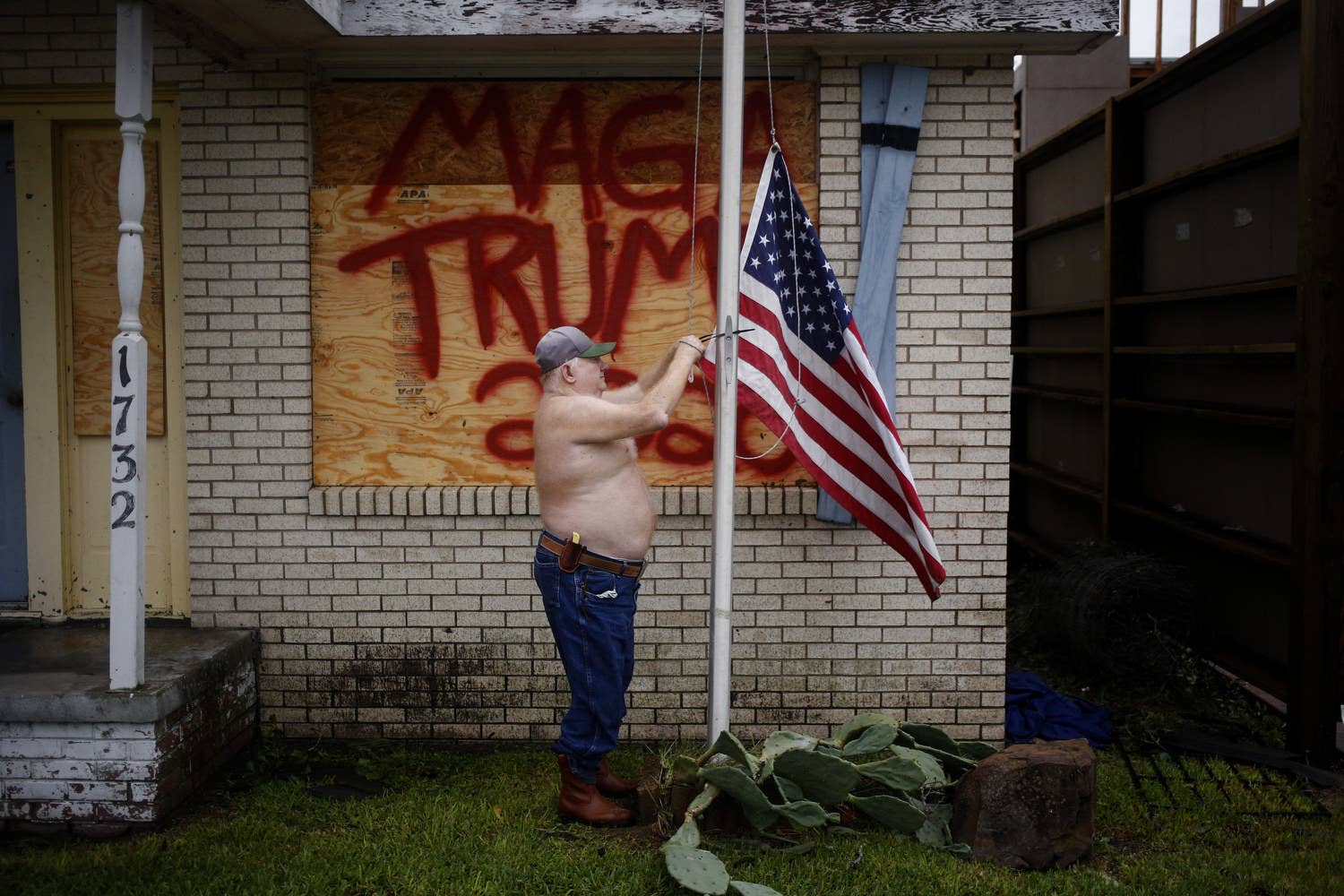 A man raises an American flag in front of Trump graffiti after Hurricane Laura made landfall in Lake Charles. 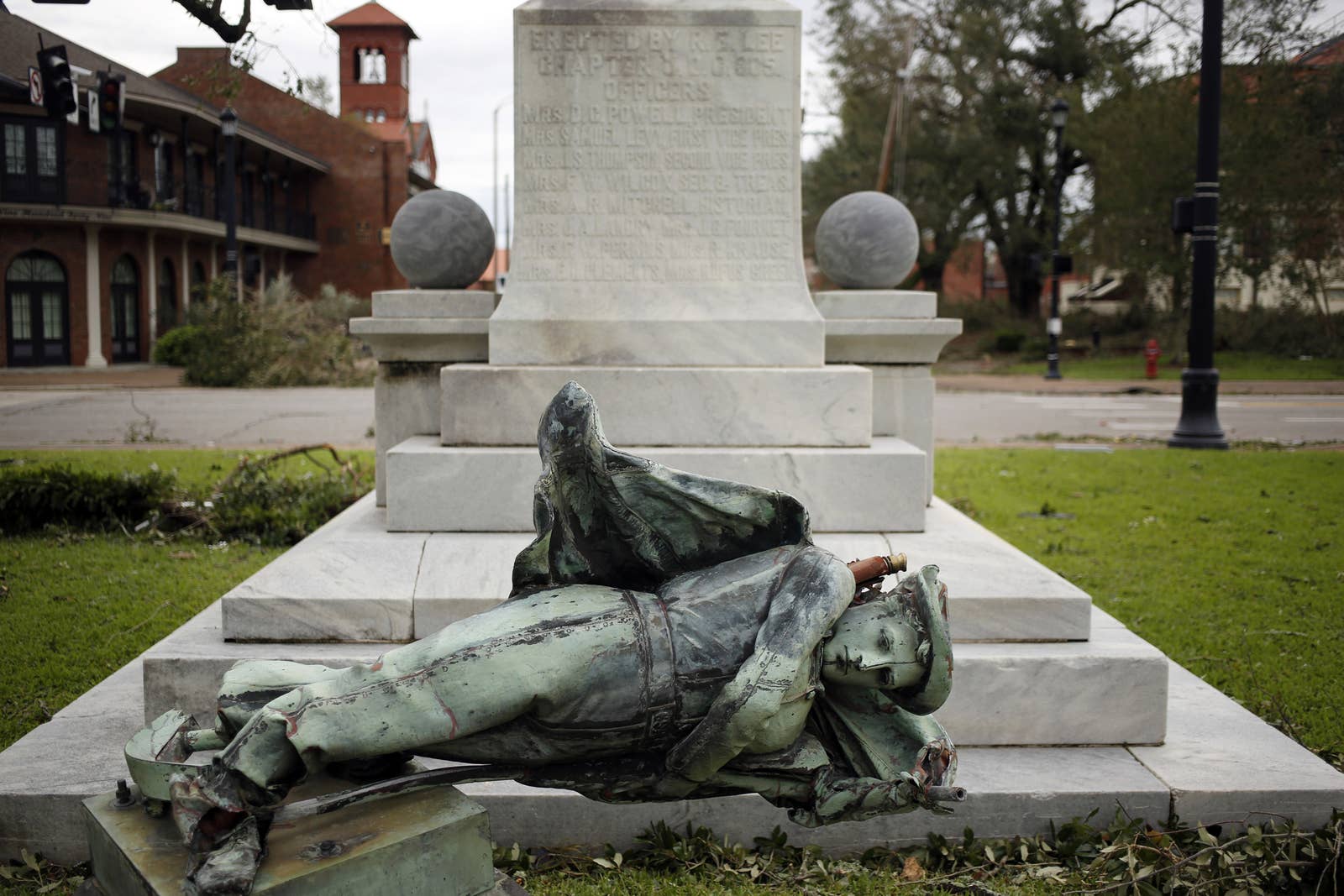 A monument to Confederate soldiers in Lake Charles is seen toppled by the storm. 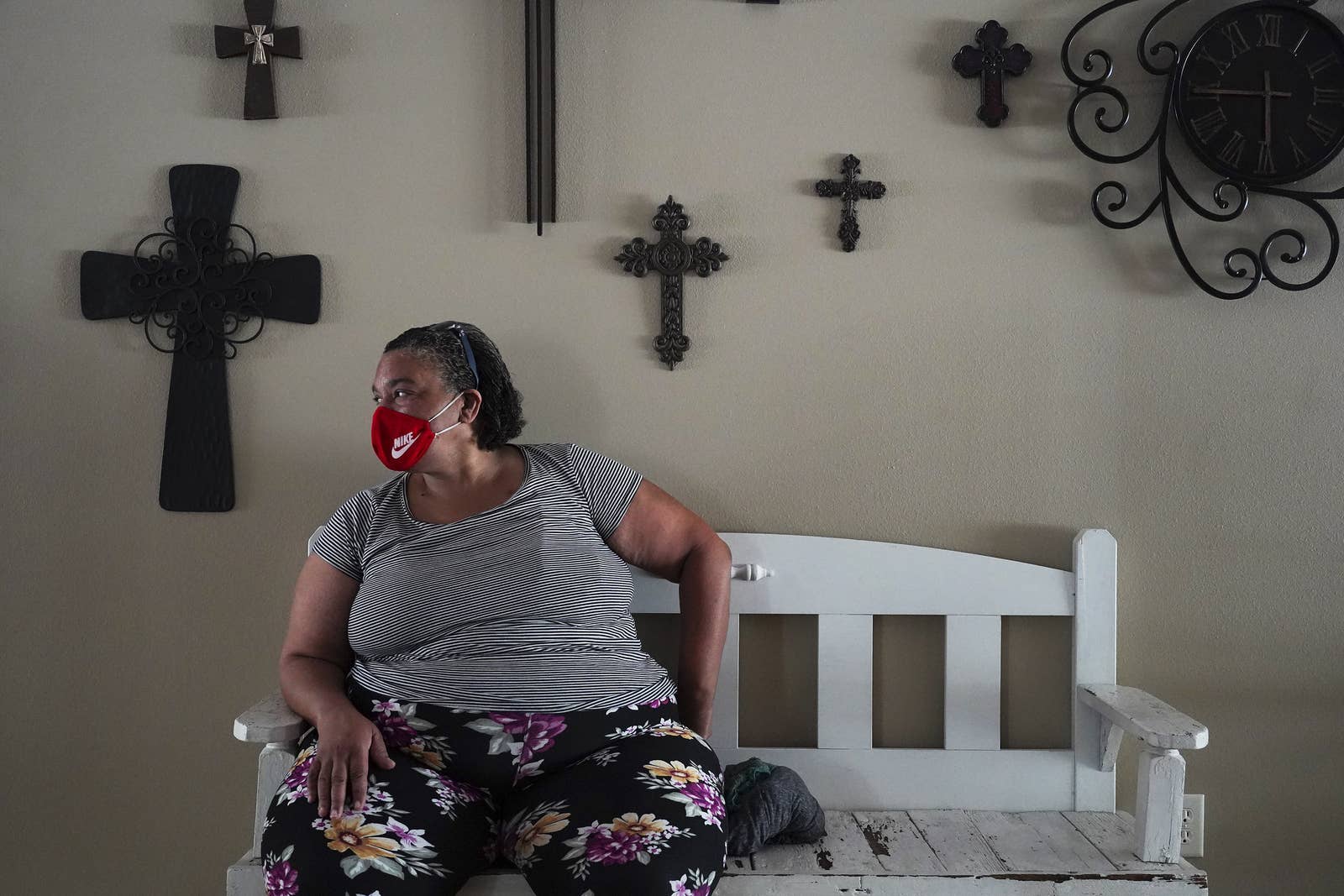 A person wears a protective mask at an evacuation shelter run by the American Red Cross at Cornerstone Baptist Church after Hurricane Laura made landfall in Kountze. 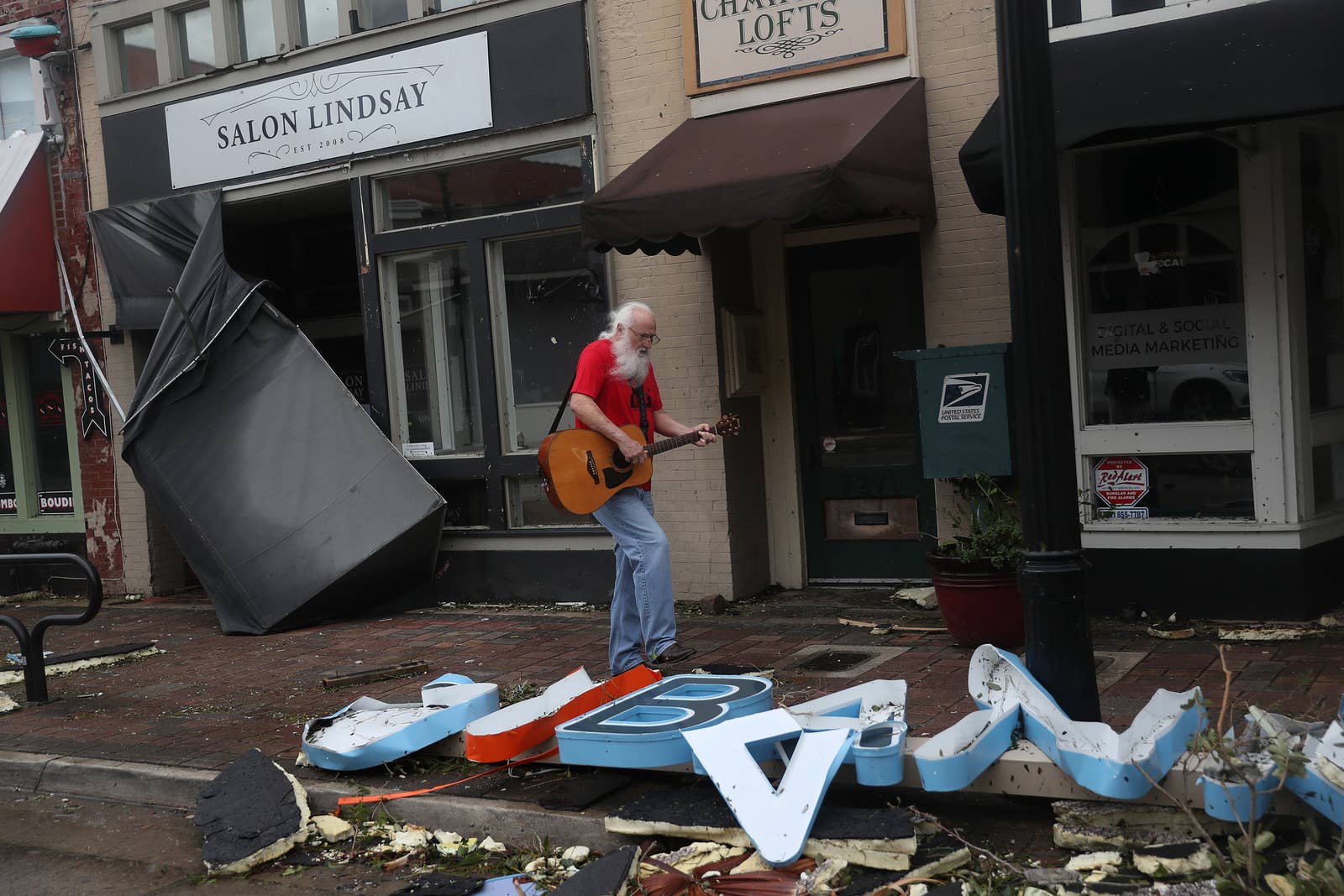 Mitch PIckering plays his guitar while walking through the downtown area of Lake Charles on Aug. 27, 2020. 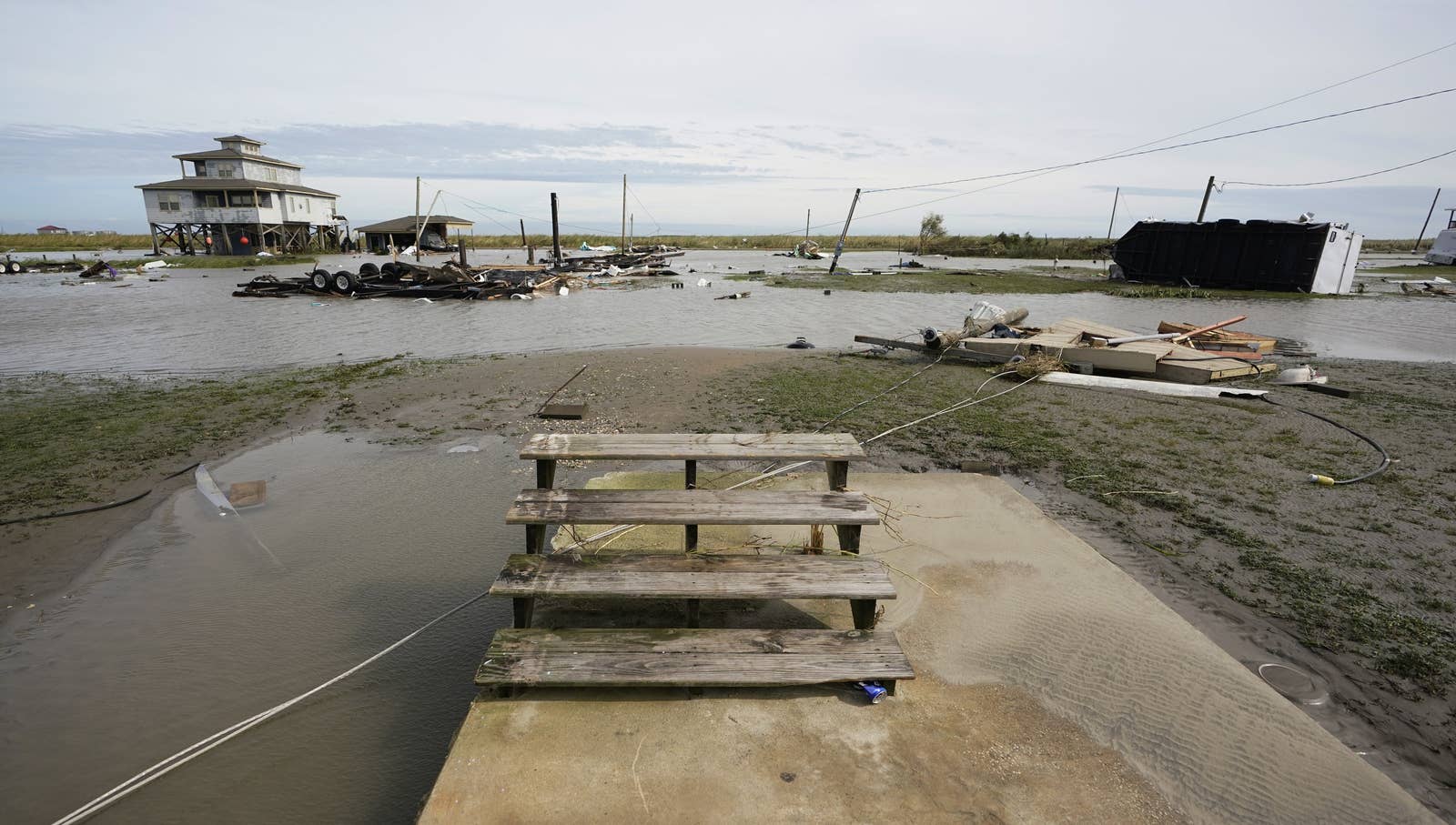 Stair steps stand on an empty slab in the wake of Hurricane Laura in Holly Beach.

Seattle is paying an ex-pimp $150,000 a year to act as the city's "street czar" and offer "alternatives to policing" after protests morphed into the no-police-allowed Capitol Hi...

The once and future US presidents kept up a decade-long correspondence meandering from football and real estate to Vietnam and media strategy.

Trump registered his trademark in Cuba to build hotels in 2008

An exceptionally active hurricane season in the Atlantic Ocean on Saturday prompted populations along the Texas coasts to prepare for a tropical storm that could take on hurrica...

Poll: Majority would vote before election day in the US

Most of President Donald Trump's supporters plan to cast their vote on Election Day, while about half of Democratic candidate Joe Biden's supporters will do so early by mail, a ...

Two people were killed and more than a dozen others were injured when at least one person opened fire at a backyard party in Rochester in upstate New York, local officials and w...

Downloads of Chinese applications TikTok and WeChat will be banned in the United States as of Sunday, the Commerce Department reported Friday, citing threats to "national securi...

US President Donald Trump has promised to make enough Covid-19 vaccines for 330 million Americans by next April, saying the first doses will be distributed immediately after app...

Trump downplays the legacy of slavery in the US

President Donald Trump on Thursday stepped up his attempts to appeal to his core white voter base, downplaying the historic legacy of slavery in the United States and denouncing...

Livestreams Are the Future of Shopping in America

The U.S. has been slow to shop via live online video, but the coronavirus sparked interest: “It’s basically digitizing QVC and HSN.”

US: Judge orders Saudi royalty to testify about 9/11 attacks

Two members of the royals of Saudi Arabia will have to answer questions about the September 11 attacks, a US federal judge ruled, in what lawyers for the victims have called a t...

A study of patients who came to UCLA clinics and hospitals to be treated for coughs suggests the coronavirus may have been in Los Angeles by Christmas.

"Hard blow" to Mexican cartels in the US with more than 1,800 arrested

The Attorney General of the United States, William Barr, and Timothy J. Shea, acting director of the Drug Enforcement Administration (DEA), announced this Thursday the result of...

Are BOTH candidates mentally unfit to be president? Majority of Americans in 6 swing states think so

As US President Donald Trump and Democratic challenger Joe Biden accuse each other of being unfit for the job, voters in six swing states say they agree… with both of them. A po...